How to utilize NiaPy for solving KNN parameter optimization problem?

In the following, I’m going to present to you, an example on how to utilize NiaPy micro-framework 1 for solving the parameter optimization problem of K-nearest neighbors classifier 2 against very common Breast Cancer Wisconsin (Diagnostic) Data Set 3.

Before we dive in, I suppose you are familiar with the basic understanding of machine learning and the usage of the conventional classifiers such as K-nearest neighbors classifier.

If you are only interested in the implementation part you can jump to an Implementation section or view the complete source code on GitHub.

Straight out of the official NiaPy’s documentation site, NiaPy1 is:

What do we need?

Before we get started, make sure you have already installed:

Our problem consists of 4 variables for which we must find the most optimal solution in order to improve classification accuracy of K-nearest neighbors classifier. Those variables are:

For finding the most optimal value for each of the mentioned variables, we will utilize the NiaPy micro-framework with one of its embedded nature-inspired algorithm - the Hybrid Bat Algorithm 4.

But before we jump into the implementation of the problem, we need to define the problem in a more formal manner. Probably the most straightforward way to do so is to present the problem as the one-dimensional matrix, with the same number of items as is the number of problem variables. In our case, we will present our problem as shown in Figure 1.

We need to solve just one more thing. The algorithm will pass to our fitness function such one-dimensional matrix (solution) filled with real values between 0 and 1. In order to make those real values useful in the building stage of our classifier, we must map those values into, for us, a bit more meaningful values. For mapping the values, we define following formulas:

In this section, we will implement:

Firstly, let’s create a new file and name it run.py. Now we implement the mapping formulas in form of function definitions - for each formula, one function definition (see code snippet below). As you can see, I also added to arrays KNN_WEIGHT_FUNCTIONS and KNN_ALGORITHMS. The purpose of those arrays is to use the mapped values of swap_weights and swap_algorithm as indexes, which will come in handy while building classifiers based on the solution, which has parameters for weight function and algorithm consumes string values instead of numbers.

Next, we will implement our custom benchmark. Let’s create a new class called KNNBreastCancerBenchmark. In initialization function of the class, we should define the Lower and Upper bound, which are defining the range of real-values passed (in our case between 0 and 1) in the solution. Afterward, we have to define a function which returns a function with parameters dimension of the problem (D) and solution array (solution). This function should also return the fitness value of the received solution, so we also need to calculate it. The calculation of fitness values will be implemented as an inverse of test accuracy, which will be implemented in a separate class KNNBreastCancerClassifier inside evaluate function. We would also like to save each solution and the belonging fitness value, so we will append each of them to a scores array. The following is the code snippet of implementation.

Now, let’s tie those things together. Firstly we will create a new class called KNNBreastCancerClassifier. Inside the initialization function, we set the set the seed value, optionally received through the parameter of init function. Also, inside initialization, we prepare two dictionaries for storing the results of ten-fold cross-validation, while also loading the Breast Cancer Wisconsin (Diagnostic) Data Set. Next, the features and the predicted class is separated from the loaded dataset and stored into variables X and Y. Further, the initial dataset is divided into search and validation splits in ratio 80:20. The smaller subset is furthermore divided into two, train and test subsets in the same ratio as previously. The mentioned, the smaller subset is used to search for most optimal parameters of our classifier, while the larger dataset is used for validation, using ten-fold cross-validation.

Next, we implement the evaluate function, which consumes four parameters: number of neighbors (n_neighbors), weight function (weights), the algorithm used (algorithm) and a leaf size(leaf_size). based on those parameters, the classifier is constructed utilizing the scikit-learn library. After construction of the model, we train mentioned model and run score function against the model to obtain the test accuracy, which we return to the caller of the function.

Finally, we implement a run_10_fold function, which optionally receives the solution as the parameter. In case the solution is passed to the function, the classifier is built using the passed solution parameter, while in other cases the classifier with the default parameters is constructed. In both cases, we then create ten-fold cross-validation split using StratifiedKFold from scikit-learn and we perform mentioned validation using cross_validate function, also from scikit-learn. The only difference between those two cases, beside the mentioned, is that in the first case we perform validation on the whole initial dataset, while in the other case, we perform the validation on the bigger subset as previously described. At last, the results of performed validation are stored into the variables initialized in the init method of the class.

Additionally, at the beginning of the file, we need to import the dependencies.

Run and compare the results

Finally, let’s run the example. In the snippet below, is code, which utilizes the NiaPy’s Hybrid Bat Algorithm 4 against our previously written, custom benchmark class. Additionally is the code for printing out the best-found solution for parameters of our classifier.

Now, we will test our classifier based on the best solution, against classifier with the default parameter settings using well known ten-fold cross-validation method.

Int the following table are presented the results of test accuracy across each fold, as well as the mean accuracy.

Aditionally, we can plot the results of each fold in form of the boxplot. Following is the snippet to plot such chart.

Following Figure 2 is the output of previous code snippet. Observing the results of the default model and our model, we can see significant improvement in test accuracy using our model.

In this post, you are guided through the process of utilizing the NiaPy micro-framework for purpose of finding the optimal parameters for K-nearest neighbors classifier. Additionally, the performance comparison between the classifier with default settings and classifier with optimal found parameters is performed and presented. The complete source code of the presented example can be found on the GitHub.

If you have any issues regarding the running or implementing the presented example, do not hesitate to comment or contact me. 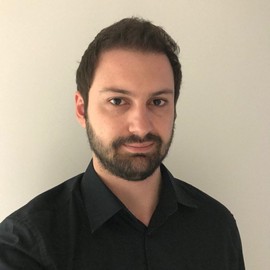